Please join us in wishing a very HAPPY BIRTHDAY to one of the world's most passionate, thoughtful, visionary and unparalleled people -- Loretta Claiborne!!
Fall Sports practices are underway! What sport will you be playing or coaching this season??
We do more than build champions on the playing field. We build champions in life.
If you're interested in joining a Special Olympics program in your area, visit the link in our bio for more information on how to become an athlete or a volunteer! 🙌
It's the #GlobalWeekOfInclusion!! 🎉
A little fun with words at our Athlete Leadership University session at @sheetz HQ!

At the 30th Anniversary of Fall Festival last year, QVC sent 30 volunteers to Villanova’s campus to participate in the fun! Pictured are some of the QVC volunteers with the Area M soccer team.

The QVC team is planning to volunteer again at this year’s Fall Fest and if you’d like to join them, simply visit our website for more information.

Note: This entry was published in the Summer 2019 Edition of the Special Olympics Athlete Review (SOAR) newsletter.

My name is Katie Miller and I have been participating in Special Olympics activities for 11 years.

I represent Berks County and compete in Volleyball, Floor Hockey and Softball and have competed in Swimming, Basketball and Soccer. This year, I decided to try something new by participating in bocce.

Four years ago, I was asked by the Berks County Management Team if I would be interested in serving as the Athlete Representative. While I said yes, I wasn’t really sure what I was getting into until I attended my first training. During that training, I was fascinated when I learned about all the opportunities Athlete Leaders had at all levels of the organization.

A few months later, I found out that there was an opportunity for me to attend another Athlete Leadership University session. I had seen Global Messengers speak at several competitions before; however, I didn’t know how to become one until after I completed my first training. In just six months, I became trained in two different ambassador roles for Special Olympics.

Attending Athlete Leadership University is a major commitment. The trainings last almost a whole weekend where you’re in a classroom setting with very little downtime. However, having instructors that are Athlete Leaders and Mentors share real life experiences helped engage me better so I could accomplish the same things. Sometimes, the sessions have been close enough to me that I was able to commute from home. Other times, I’ve gone to sessions three or more hours away, one of which was in Indiana County during a snow storm!

Even though I accomplished a lot in my first year as an Athlete Leader, I was far from done. Athlete Leadership University is the same as any other university curriculum. In order to advance to the next level, you have to complete a series of practicums.

One of my first assignments was being asked to give a short speech welcoming athletes to the Eastern Fall Sectional Sectionals held at East Stroudsburg University. Shortly after, I was asked to speak again at the Eastern Spring Sectional at Kutztown University. During that speech, I got to meet Dr. Christine Lott, a professor at Kutztown. Since she thought I did a great job with my speech at the event, she invited me to speak to her class later that month. When I first became a Global Messenger, I did get nervous occasionally in front of big crowds, however in the end, it all worked out really well.

During that speech, I got to meet Dr. Christine Lott, a professor at Kutztown. Since she thought I did a great job with my speech at the event, she invited me to speak to her class later that month. When I first became a Global Messenger, I did get nervous occasionally in front of big crowds, however in the end, it all worked out really well.

These experiences led me to sigh up for the Global Messenger II course and some more homework and practicums. That took some time and some hard work. But we all know those two things usually pay off. Of course my Mentor, coaches, and the state staff were very helpful and encouraging. I then decided to take the next step and complete Athlete Representative II. This past spring, I served on the Games Organizing Committee for the Eastern Spring Sectional. Even though I was competing and tired after a long day of competition, I still stayed after to help the rest of the committee clean up because I wanted to be a part of as many thing as I could. Four weekends of courses and training and a good bit of homework in all. I met many new friends that I keep in touch with and picked up several new skills to lead by example.

This past August I was proud to attend the Graduation banquet and ceremony at the Penn Stater Hotel with cap and gown. I received a diploma as a Global Messenger and one for Athlete Representative. I am ready to try to inspire fellow athletes to do our best every day. I am also ready to represent all athletes to people willing to listen to our stories and what we stand for. I want you to consider starting the path I have been on. It will be challenging but fun. And you can help our great organization even more than you do now. Let me win. But if I cannot win, let me be brave in the attempt. Eunice Kennedy Shriver’s words kind of say it all doesn’t it? 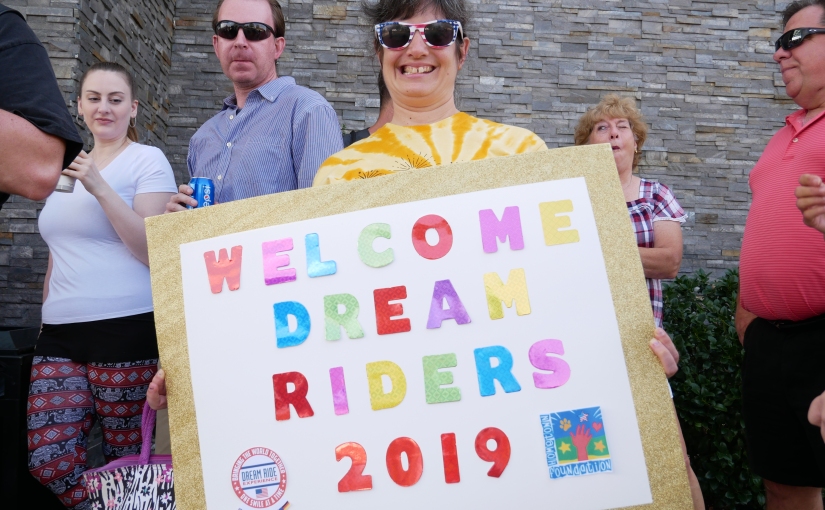 On Thursday, August 22, Special Olympics athletes from various counties met at the Valley Forge Hotel to welcome the Dream Riders as they journeyed from Florida to Connecticut to raise money for Special Olympics.

Upon welcoming the Dream Riders, an ice-cream reception was held indoors where Special Olympics athletes who were sponsored by the Riders each received a medal and t-shirt. In addition, Dream Ride CEO Michael Bozzuto gifted two K-9 service dogs to local police departments (Radnor PD & Upper Merion PD) and requested that the dogs be named after a Special Olympics PA athlete who passed away suddenly in 2018 — John C. Strunk. To close the ceremony, Bozzuto presented Special Olympics PA with an incredibly generous check for $10,000!

To learn more about the Dream Ride, follow this link: https://www.dreamride.org/ 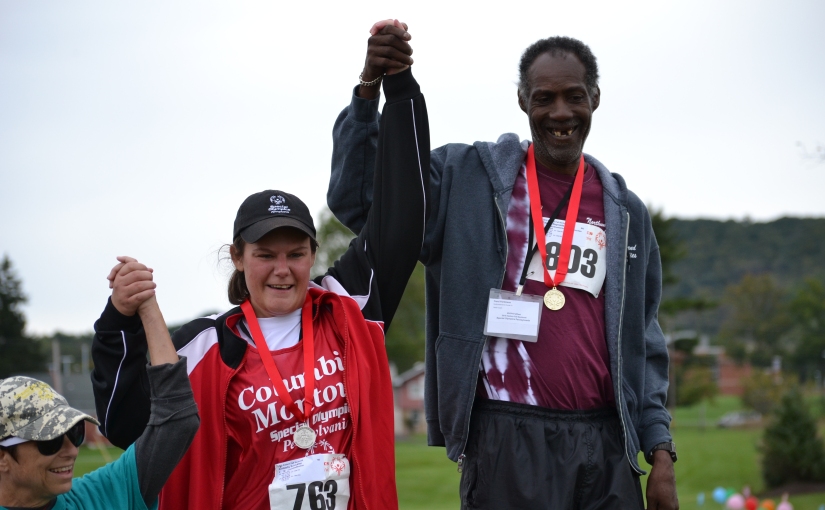 Are you a Special Olympics Pennsylvania athlete with a story to tell?

Of course you are.

We’re looking for athletes to share any recent success stories for the Summer Edition of the Special Olympics Athlete Review (SOAR) newsletter! Your story can be as long as you’d like. All we want if for you to be yourself and tell us something meaningful about your experiences through Special Olympics!

We’ve extended the deadline to next Friday, so if you do want to share a story, send it to Jordan Schubert.

To view an example of our SOAR newsletter from earlier this year, follow this link.